Siniawan weekend food street, Siniawan night market, Siniawan food street are just some of the names given to this small trading town just outside Kuching.

This weekend food street offers a variety of local food and is definitely a must visit food street for visitors to Kuching.

Located about 21 kilometres out of Kuching or about thirty minutes drive, Siniawan in the old days was a thriving trading town. Business got affected when roads were developed and by passed Siniawan. That was when the Siniawan business community had to come up with a new business model, they needed to re-create themselves. So they came up with this idea of having a weekend night food street.

So in 2010, they tried it and it became a hit with the locals and soon enough it made its way into various tours of Kuching.

Siniawan Night Market operates from 6pm to 11pm on Fridays and Saturdays, Sundays from 5pm to 11pm.

I have been quite a number of times to Siniawan Night Market and I have found that the best time to go is during set up time.  Friday and Saturdays that would be from 5 pm to 6 pm and on Sunday from about 4.30 pm.

It is during this time that you would be able to see its transformation from a trading street into a food street. 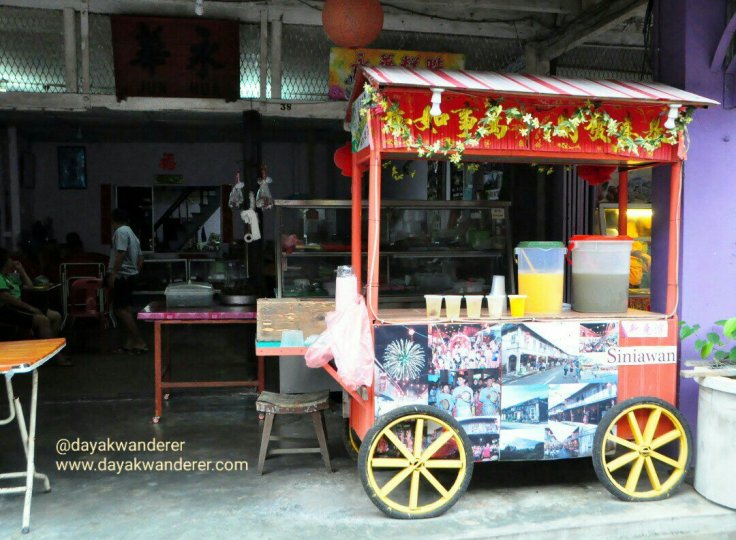 There is another reason why I always go early to Siniawan. I have a for one of the Bidayuh local delicacy called pulut teramuok, glutinous rice cooked in a pitcher plant.

I remember during my first visit back in 2016, I arrived early in Siniawan and I did stumble across a stall selling the pulut teramuok but decided to get some later on in the evening as I wanted to take photos of the street. Thirty minutes later after walking around I went back and to my dismay, it was sold out.  I was disappointed but luckily for me there were plenty of other lovely food for me to enjoy.

Pulut teramuok, glutinous rice cooked in a pitcher plant.  The Nepenthes Ampullaria species is preferred as it is a lot easier to find in the jungle.

Most of the time I would end up at the furthest end of the street, towards the police station.  The stall here sells the deliciously sticky, sweet and savory barbecue char siu pork.

The Char Siu barbeque pork here is probably one of the best in Kuching.

The best way of course to enjoy this is of course with a few beers. Take a table at the street and just enjoy the ambiance of Siniawan. Order one or two extra side dishes from any of the stalls and just point to them where you are seated at and they will send over the food.

Enjoying a few beers and the char siu BBQ pork.  Multi Siahan of Indonesia in the background.

A part from pulut teramuok and the char siu barbecue pork, not to worry, plenty of variety available here, from quick bites, full set meals and dessert.

It can be overwhelming at times when you have plenty of stalls selling all sorts of stuff.  local delicacies, Taiwanese, Korean delicacies, the famous Satay, vegetables and more. My advise is always to walk all along the street first before deciding what you eat.

Another stall selling some chicken and pork dishes.

Can’t read what is on offer? no problem, most stalls offer have photos of the food item on sale for your reference.

Good to try the kompiah, which are technically mini burgers.

Other than that events like cultural performances, singing activities, traditional and modern musical shows are held from time to time at the old bazaar. There is also a  karaoke station offers the crowd to sing at RM1 only.

If you need to spend a night there, one can also experience the cultural heritage site by spending a few nights lodging at Tian Xia Homestay located at the old town. 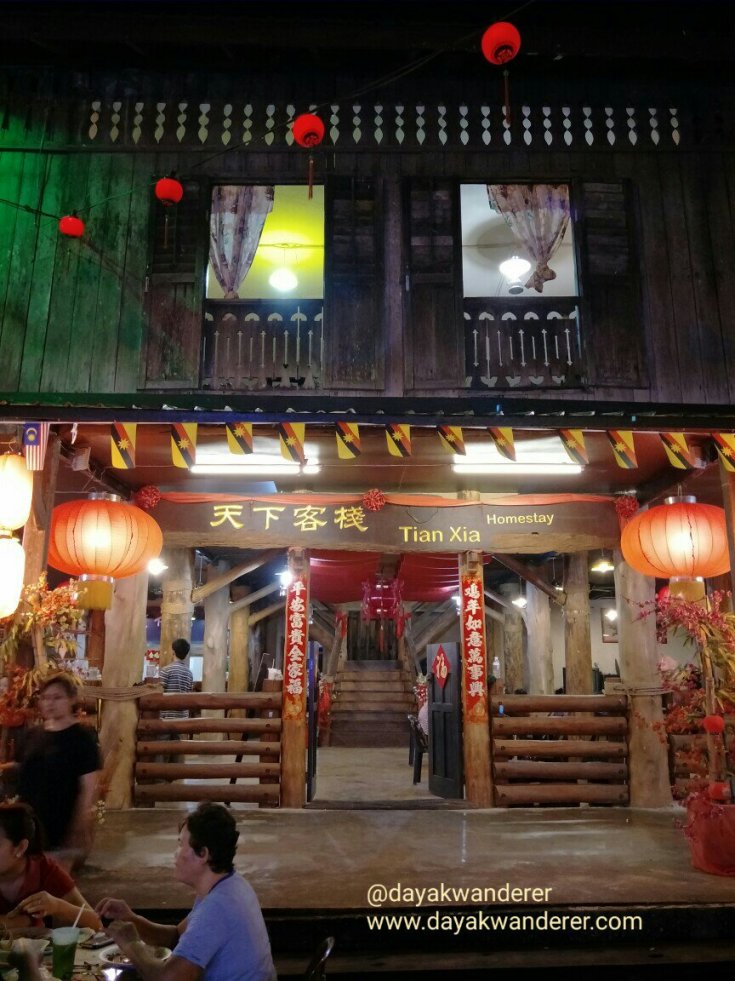 So if you are in Kuching and coincidentally during a weekend and have no idea of what to do, Siniawan Night Market is definitely worth a visit.

Thank you for reading and as always I look forward to your comments or inquiries.